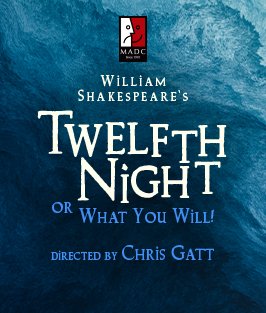 TWELFTH NIGHT or WHAT YOU WILL!

TWELFTH NIGHT is a fast-paced romantic comedy with several interwoven plots of romance, mistaken identities and practical jokes.  Separated from her twin brother Sebastian in a shipwreck, Viola disguises herself as a boy, calls herself Cesario, and becomes a servant to the Duke Orsino.  He sends her to woo the Countess Olivia on his behalf, but the Countess falls in love with Cesario.  Eventually Sebastian turns up and causes even more confusion, chaos and comedy.